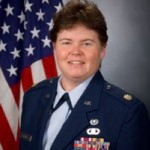 Lynn Watkins is Military Trial Judge for the United States Air Force where she is vested with independent authority to issue final, binding decisions on criminal, evidentiary, and procedural issues. Lynn belongs to the United States Supreme Court Bar, Court of Appeals of the Armed Forces Bar, Air Force Court of Criminal Appeals Bar, Arkansas Supreme Court Bar, US District Courts for the Eastern and Western District Courts of Arkansas Bars, and the American Bar Association. She has risen through the ranks for 23 years from Airman to Lieutenant Colonel, from enlisted member to officer. After being apart of an amazing team and taking opportunities to supervise and mentor junior and senior military personnel, Lynn is now looking to transition from military service to the civil sector.

In her current role, she serves as a Senior jurist for military criminal trials and administrative hearings worldwide. She is vested with independent authority to issue final, binding decisions on criminal, evidentiary and procedural issues. Rulings directly impact the rights of Airmen and mission effectiveness of the US Air Force, and Federal judicial duties extend to all Department of Defense personnel in both installation and expeditionary environment.

Lynn has proudly been serving in the Air Force since 1989. Starting out as an Operations Resource Management Specialist, Lynn worked hard with dedication to rise through the ranks holding roles such as Judge Advocate, Area Defense Counsel, Circuit Defense Counsel, Staff Judge Advocate, Air Command and Staff College Student, and Chief of the Military Justice Division at the Judge Advocate General’s School all prior to being appointed Military Trial Judge.

Lynn earned her JD from the University of Arkansas at Little Rock, William H. Bowen School of Law, 1998. She has a Masters in Military Operational Arts and Science from Air Command and Staff College, 2010 and earned the title of Distinguished Graduate of Commissioned Officer Training from Maxwell-Gunter Annex, Alabama, 2010. She has a Bachelors in Criminal Justice from Park University, 1992, and an Associates in Business Administration from Tidewater Community College, 1989. Lynn is affiliated with the Criminal Justice Division, JD National Conference of Specialized Court Judges, and the National Association of Professional Women. In her spare time, she enjoys kayaking.

Bristol Who’s Who Member, Lynn Watkins, JD, can be found on the Who’s Who Directory where she is looking forward to networking with you.