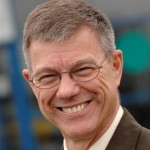 Dr. Mark J. Kiemele is the President and Co-Founder of Air Academy Associates which has been in business for 25 years.   Air Academy Associates is an educational and consulting organization dedicated to enabling companies to improve their business performance through its unique and rigorous training, coaching, and consulting services.  A former Air Force officer, Mark has over 30 years of teaching and consulting experience and has pioneered the Knowledge-Based KISS (“Keep It Simple Statistically”) approach to process improvement.  He has taught and mentored students comprised of industry leaders, scientists, managers, university students, engineers and professionals from over 20 countries. Mark’s proven methods and consulting have been used by diverse industry giants including Sony, Xerox, Microsoft, GE, Raytheon, Lockheed-Martin, General Dynamics, Samsung, Bose, and John Deere.

After earning a Bachelor of Science and Master of Science in Mathematics from North Dakota State University, Mark went on to complete a PhD in Computer Science from Texas A&M University.  While serving in the Air Force, Mark realized there was a need for quality consulting services in the private sector just as there was in the government.  Before co-founding Air Academy Associates, Mark served as Professor of Mathematical Sciences at the Air Force Academy, pairing his practical knowledge of mathematics and statistics with his natural inclination as a leader.

In addition to many published articles, Mark has co-authored numerous books, including Basic Statistics: Tools for Continuous Improvement; Knowledge Based Management; Applied Modeling and Simulation: an Integrated Approach to Development and Operation; Network Modeling, Simulation, and Analysis; Lean Six Sigma: A Tools Guide; Design for Six Sigma: The Tool Guide for Practitioners; and most recently, Reversing the Culture of Waste: 50 Best Practices for Achieving Process Excellence.  He is also the editor of the text Understanding Industrial Designed Experiments.

His professional affiliations are vast.  Mark was a player in the origin and development of Six Sigma. He trained the very first Six Sigma Black Belts and has helped launch Lean, Six Sigma and Design for Six Sigma (DFSS) initiatives at over 100 companies across the world.   Mark is a member of the American Statistical Association, American Society for Quality, the International Test and Evaluation Association, and the National Defense Industrial Association.

During his time in the U.S. Air Force, Mark supported the design, development, and testing of various weapons systems, including the Maverick and Cruise Missile systems, and was a professor at the U.S. Air Force Academy.  He currently serves on the National Defense Industrial Association’s Test and Evaluation Executive Committee.

Mark resides with his family in Colorado Springs, Colorado.  He credits his success to the unflinching support of his family, a strong personal work ethic, and great passion for delivering value to his clients.  In his spare time, Mark enjoys hiking and biking in his beautiful surroundings.

Bristol Who’s Who Member Mark J. Kiemele, PhD can be found on the Who’s Who Directory where he is looking forward to networking with you.