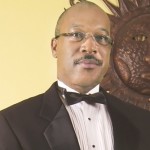 Patrick E. Taylor is a pioneer in Caribbean Reinsurance Market development and the Managing Director of Worldwide Bankers Re Co. Ltd, the first privately owned reinsurance company of the Caribbean region. Founded in 1998, Worldwide Bankers Re. (WBRe) is dedicated to providing Caribbean and Latin America countries with full service reinsurance and risk management services with portfolios in property and marine sectors.

A graduate of the University of the West Indies – B.Sc. Economics and Management (1981) and first West Indian to complete the Charter Property and Casualty (CPCU) Degree in Insurance from the College of Insurance in New York in 1985.  Patrick began his career at American Life and General Insurance Company, a subsidiary of AIG focusing on insurance, reinsurance, and other underwriting services. He was first to identify and advocate the need for a Caribbean-based secondary market in reinsurance, and has been a fixture of the Regional Insurance and International Reinsurance industry conferences.  Currently, Patrick conducts reinsurance business primarily in the Eastern Caribbean and Latin America and his company is currently expanding its services in Southeast Asia.

In 2012, Patrick completed graduate studies for his Master’s in Youth Strategic Management (MCGI) from City & Guilds. A proven Leader and Independent thinker in his Community, Regional Industry and Volunteer Associations, he is a former first Chairman and Councillor of the Diego Martin Regional Corporation, Commandant and Colonel in the Trinidad and Tobago Cadet Force – Ministry of National Security and Caribbean Cadet Force Association and keeps active in the National Fire Prevention Association (NFPA) and industry. He has also served as the President and Hon. Secretary of the Trinidad & Tobago Insurance Institute, Caribbean Insurance Institute and Lions Clubs International, District Governor (2013 – 2014) and teaches as a Lions Leader at the Senior Leadership Institute.

Patrick resides in Port of Spain, Trinidad and Tobago where he continues to volunteer at the Laventille Pride Foundation and Lions Multiple District 60. In his spare time, Patrick enjoys playing dominoes, the card game All Fours, and perfecting his aim at the shooting range. 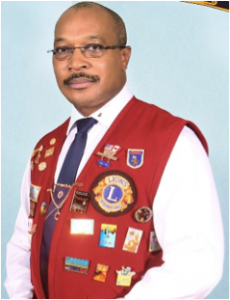 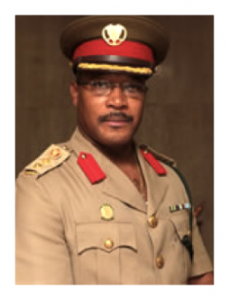