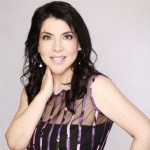 Ana Vasquez Colmenares is the Owner and CEO of Toma de Protesta, a political consulting firm which specializes in communication and branding in Mexico and all of Latin America. Established in 2003, Ana has led the company and advised clients on matters of image, reputation, media training, business coaching, women rights, etiquette and protocol, and personal branding. She and her team have worked with local, municipal, state, and federal levels on more than 250 electoral, governmental, and legislative campaigns.

After earning her BA in Political Science from the Instituto Tecnológico Autónomo de México, Ana earned a master’s degree in International Media Communication from Columbia University in New York City. She was the recipient of a Fulbright Award and a Ford MacArthur Award, and interned for NBC studios. Today Ana often speaks at universities throughout Mexico and Latin America regarding political issues and how to use social media in politics. Before launching Toma de Protesta, Ana worked for the Mexican Government, serving the Office of the President, where she advised high-level officials on political matters.

Ana has been a member of the Citizen Board of Mexico Institute of Women, where she mentors on professional standards. She has been the Member of the Board of OAXACA Community Foundation since 1996, and is considered an expert in communication and women’s rights. She was also  the Director of Outreach of the Program for Preliminary Results (PREP), of the former Federal Electoral Institute (IFE). Shie is a member the Latin American Political Association of Consultants, , and the Association of Image Consultants International.

Ana speaks fluent Spanish, English, and French, and credits her success to her hard work ethic, passion for what she does, and balanced mindset. An active yogi, she also takes regular walks and practices mindful meditation for 20 minutes every day.

Bristol Who’s Who Member Ana Vasquez Colmenares, MIA can be found on the Who’s Who Directory where she is looking forward to networking with you.